UpRight Review by a Posture Expert 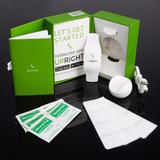 CEO and founder Aded Cohen of Upright Technologies Ltd  delivers the UpRight Trainer. A wearable device that reports to train posture and strengthen core muscles. Attaching to a user’s back it vibrates every time they slouch. Connecting to an app, UpRight provides a personalized training program. It guides users through their training progress, providing real-time feedback, and serves as a personal posture trainer.

Last year Posturepossible tested UpRight’s first version (UpRight Pro) of a posture correcting device. Although through our analysis the device did not perform well, we were excited when UpRight upgraded their tech to a new version called UpRight Go.

UpRight Go has two major external changes. One, is the size which is considerably smaller and if you purchase the UpRight G02 the you get even smaller. The second significant change is the placement location. To correct posture the user can now place UpRight Go on the upper back which proves to be a much easier place to reach than the previous version which was on the low back.

In addition to external changes, the inside of UpRight Go2 has been upgraded. UpRight Go2 has a 30 hour charge, multiple sensors and wider adhesives. These changes add to the increase result of posture correction.

This device provides a tech solution to a growing tech problem in our culture. Why not use technology to help with poor posture due to overuse of technology such as prolonged sitting in front of a computer. It’s a great idea, but I question the application. The fundamental challenge with this device is whether the user is tech savvy enough to use correctly. One of my main criteria of any posture correcting device is its ease of use. If the user can’t figure how to use it or use it correctly you won’t see the desired results.

As seen in the analysis below posture of this participant did not improve. Forward head translation did not improve at all. The first picture to the left is the initial analysis. The second picture is at 30 days then a 60 day evaluation.  This was actually a second attempt to test UpRight. The first test case produced the same poor results which may have been due to the user not being able to work the device effectively and had challenges following the training program. I retested with a new participant who was tech savvy. Unfortunately results were the same. There was no change in his posture and the participant reported challenge with use.

According to UpRight customer service, “it is recommended that you follow your personal training program and reach your daily goals of upright time. When you sign-up, you will receive a custom training plan with weekly and daily goals for training with UPRIGHT. If you want to train more we recommend only training 50% more than your training goal. UPRIGHT can be worn for longer periods of time, but it is suggested that you train with UPRIGHT according to your personal plan.”

Upright Go showed some positive results. Definitely better than their first version. As you you can see in picture below the head and chin are more upright than in initial test. Center of gravity is also slightly better. This test was for Upright Go over 14 days.

In the second set of pictures I wanted to see how it would be seen in a seated position. There is no doubt that the device alerted when person was beginning to slouch. One flaw with the device is it allows a person to slouch from the lower half of the body and still keep the head aligned, thus overall posture is still poor. 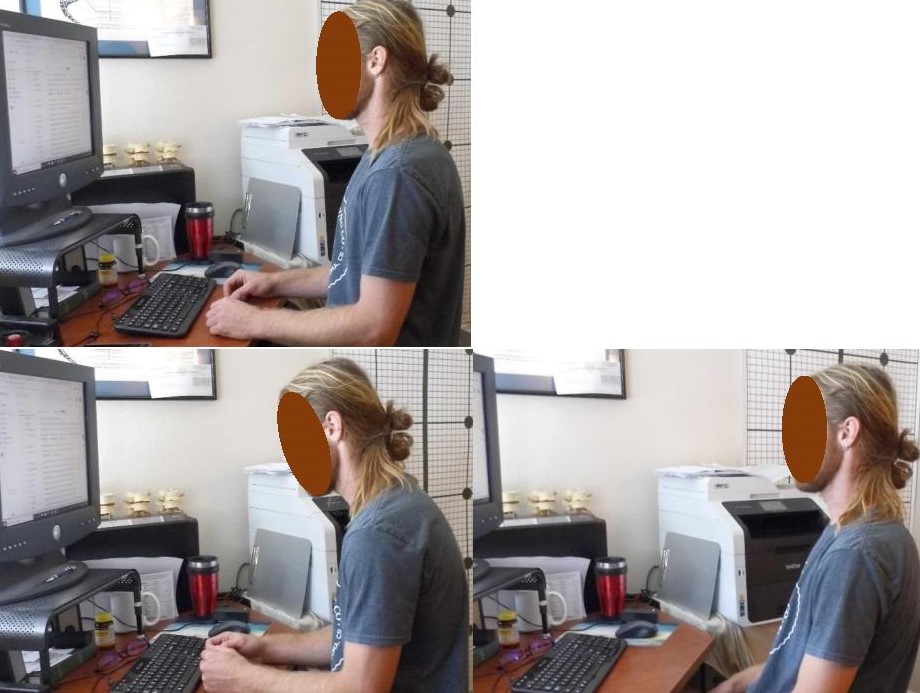 If you plan to use Upright, I would recommend that you sit or stand as straight as you can as you are applying Upright Go. The device will not tell you to stand up straighter. It will only alert you when you are losing the posture you are in(which could be starting off bad).

I do a lot of computer use, emails, input, desk work so I was excited to try this out. Nicely discreet. Ball charger very awkward. Be aware that this device requires a smart phone. I’m not tech savvy so a bit challenging to understand how to get device to work. Ball stand is used to charge device. When text comes through the upright program disconnects when in use. I ran out of cleaner wipes which were essential since I wear body lotion and the device would not adhere to me unless I cleaned my back area.

I was motivated to use the Upright Pro.  I used it at least 4 days a week.  During the day I would think about being more upright because of my time using the system. The manual that came with the unit was not clear for me.  I did not out-of-the-box understand the app/unit interaction.  Once I looked on line it all became clear.

Initially I wanted/needed another person to place the unit on the base of my spine.  Once that was done a few times I could place it on my own, but if I could ask my wife to place it on my back I used her. I only used it a few times on my upper back. Not sure if I ever got it calibrated correctly for using it there.

I only used it in a chair except for the two times I tried using it on my upper back. The software was easy to use, but I was not always confident that I correctly calibrated the unit. For the longer times (50 minutes) I would calibrate several times. I was concerned that the software was not correctly finding my slouched position.

The device was very simple to set up and use. It came with easy to understand instructions. It prompted me to download an app, once in the app all I had to do was set my posture each day and switch from training to tracking depending on what I was doing, I tried to keep it in training only when I was sitting at my desk at work.
I found that the device was more effective if I wore it higher on neck rather than upper back, I placed it right above my C7 vertebrae, and it buzzed a few times each day, usually when I got tired at my desk and rested on my elbows, so that was enlightening. It also buzzed like crazy when I would sit down for lunch, it helped me realize that I was hunching over while eating…good to know :)
A couple more thoughts on functionality. The adhesive worked really well, I was able to reuse the same piece for 2-3 days. Also, if I was redesigning this device I would make it smaller/thinner, because it was a bit annoying how bulky it was. 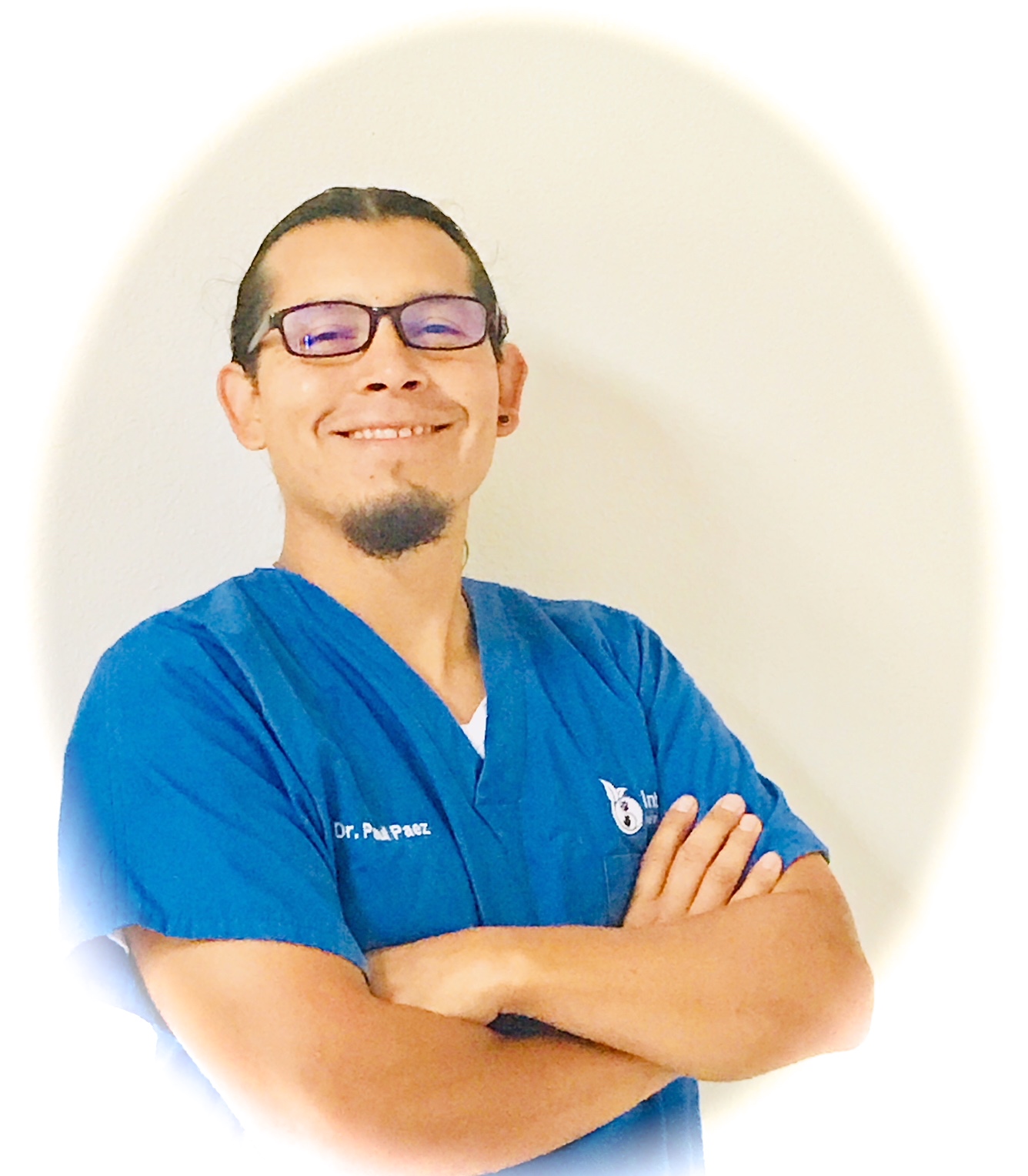 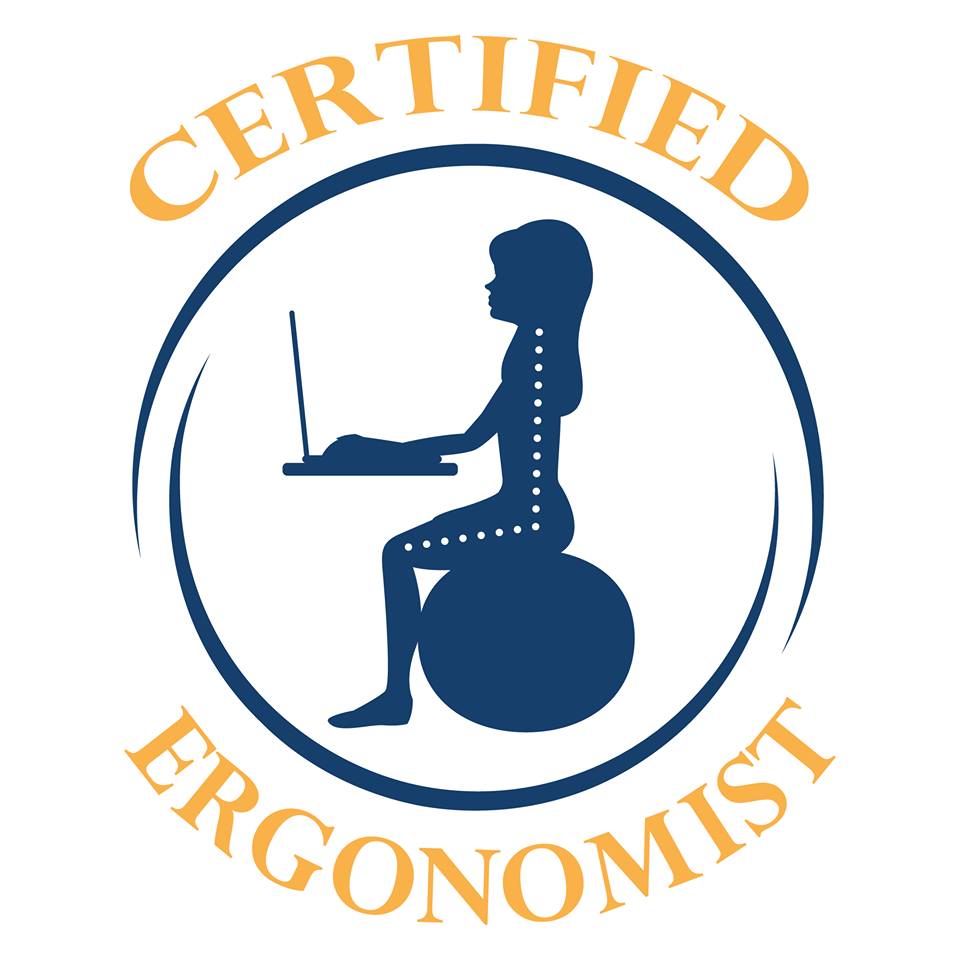